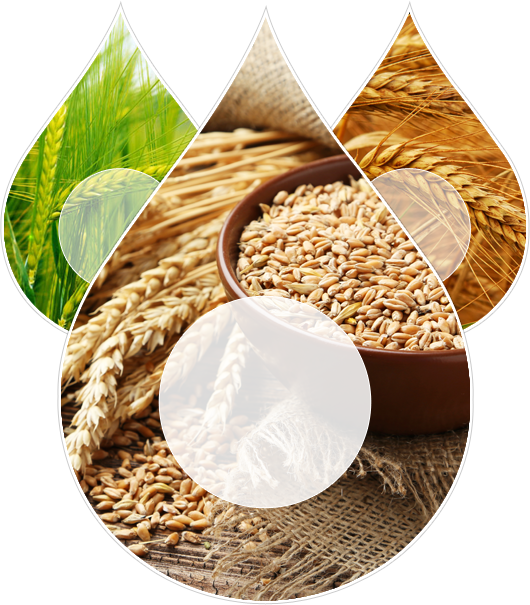 Wheat is widely cultivated for its seed, a cereal grain which is a worldwide staple food. The many species of wheat together make up the genus Tritium; the most widely grown is common wheat. The archaeological record suggests that wheat was first cultivated in the regions of the Fertile Crescent around 9600 BCE. Botanically, the wheat kernel is a type of fruit called a caryopsis. Global demand for wheat is increasing due to the unique viscoelastic and adhesive properties of gluten proteins, which facilitate the production of processed foods, whose consumption is increasing as a result of the worldwide industrialization process and the westernization of the diet. Wheat is an important source of carbohydrates. Globally, it is the leading source of vegetal protein in human food, having a protein content of about 13%, which is relatively high compared to other major cereals but relatively low in protein quality for supplying essential amino acids. When eaten as the whole grain, wheat is a source of multiple nutrients and dietary fibre. Eco Commodity Pte Ltd has earned good name in the trading of this commodity in a reasonably large scale and has maintained a high repute in this segment.