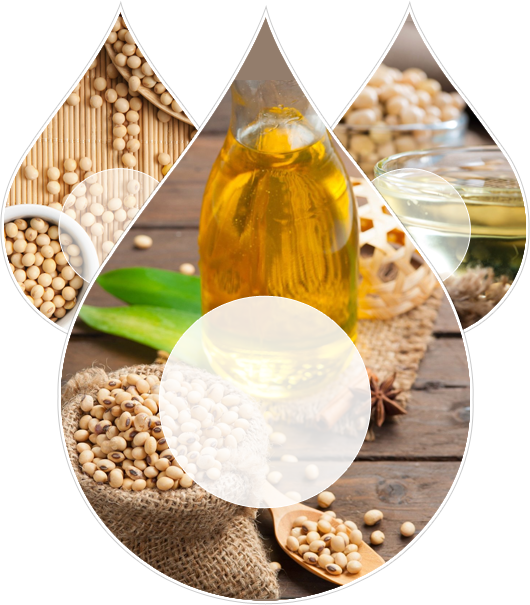 Soya bean oil is a vegetable oil extracted from the seeds of the soya bean (Glycine max). It is one of the most widely consumed cooking oils. As a drying oil, processed soya bean oil is also used as a base for printing inks (soy ink) and oil paints. Soya bean oil is mostly used for frying and baking. It is also used as a condiment for salads. The health benefits of soya bean oil include its ability to improve your heart health, lower your cholesterol, improve your immune system, reduce cognitive disorders, prevent osteoporosis, and improve growth, while also boosting eye and skin health. Soya bean oil is a vegetable oil that is extracted from soya beans, which are scientifically known as Glycine max. It is one of the most widely used vegetable oils in the world, possibly because soya beans are some of the most widely cultivated and utilized plants, particularly in recent decades. Soya bean is native to East Asia and is considered a legume, however, despite its limited origin; it is highly prized for its edibility. Most soya bean oil is refined, blended, and sometimes hydrogenated and it can be graded into different levels and strengths depending on the desired application. Soya bean oil is considered healthier than most other vegetable oils, due to the presence of a good variety of essential fatty acids in it, which the body needs in order to remain healthy. There are also a number of plant sterols in soya bean oil, which can have a wide variety of health benefits on people who regularly include soya bean oil in their diet. The vitamin and mineral content of soya bean is what gives this delicious and widely useful legume its fame. This is yet another product that Eco Commodity Pte Ltd deals with and is a regular supplier of the product to a huge volume of satisfied buyers in the region.